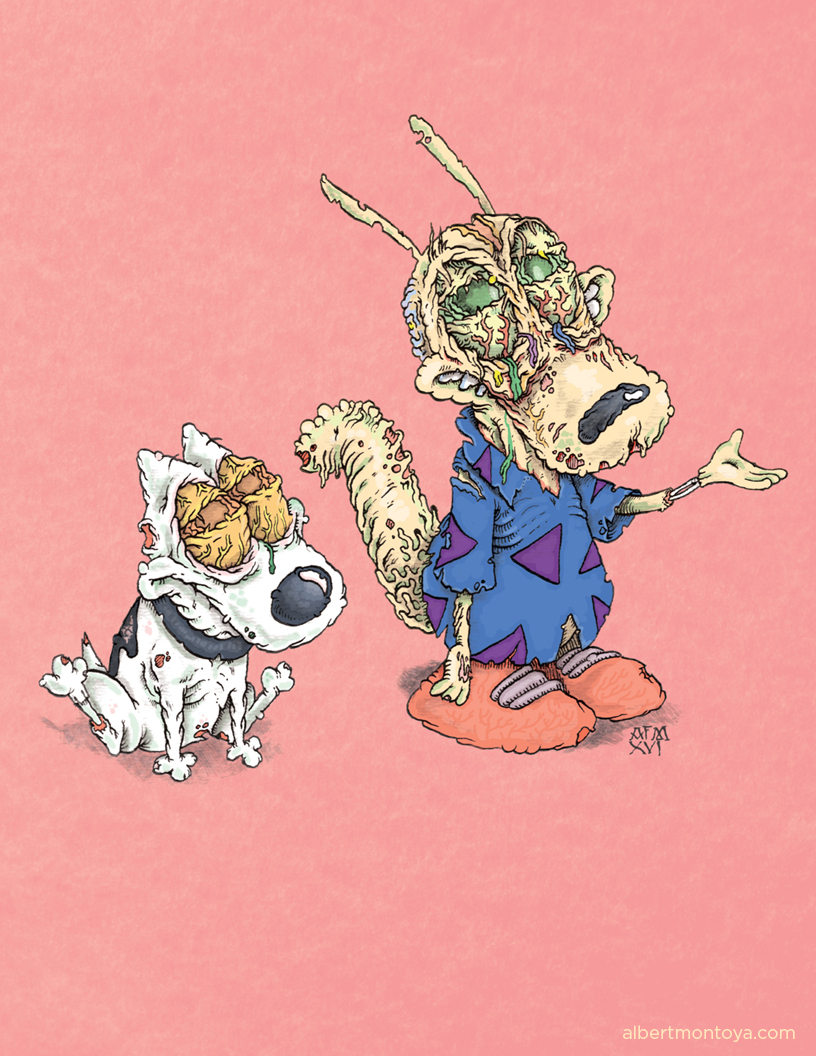 Rocko’s Zombie Life was an animated series whose four seasons aired from 1993 to 1996. The show concentrated on the life of a wallaby named Rocko trying to survive everyday modern life in the city of O-Town. It was created by Joe Murray and based on his own childhood in Australia. Hence, the main character being an Australian animal.

The show was renowned by many as one of Nickelodeon’s freshest, most offbeat offerings. As well as being laden with suggestive double entendres. It is also credited for being the precursor to SpongeBob SquarePants, and Camp Lazlo. Since SpongeBob’s creator, Stephen Hillenburg, worked on Rocko’s Modern Life. The show has been credited as being probably the first Nicktoon to be popular among adults. Excluding Ren & Stimpy, whose popularity with adults only peaked after the show ended, Adult Party Cartoon season excluded.

A wallaby who has emigrated to the United States from Australia (changed in the 3rd season to a native-born citizen with Australian heritage); works at “Kind of a Lot o’ Comics” (although he had other jobs, including being a product tester at Conglom-O and being an underwear model). A running gag is that other characters assume that Rocko is another kind of animal (usually a beaver, kangaroo, rabbit, or a dog). So, he goes into a lengthy (and often unconvincing) explanation that he is a wallaby. He has unreasonable bad luck and treatment from others in most episodes.